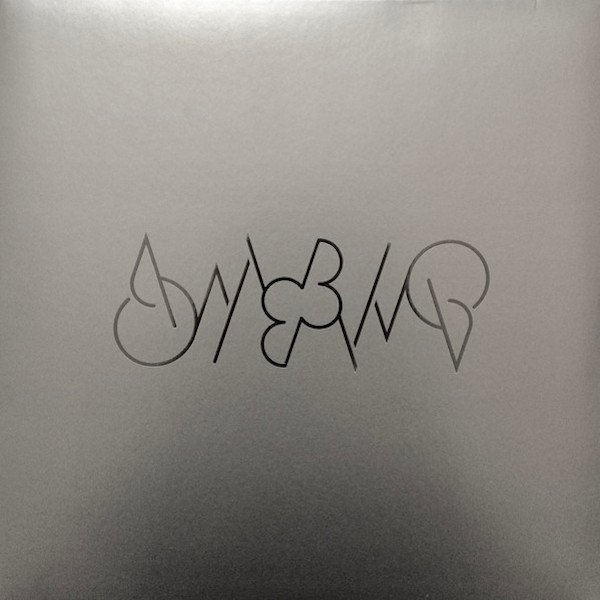 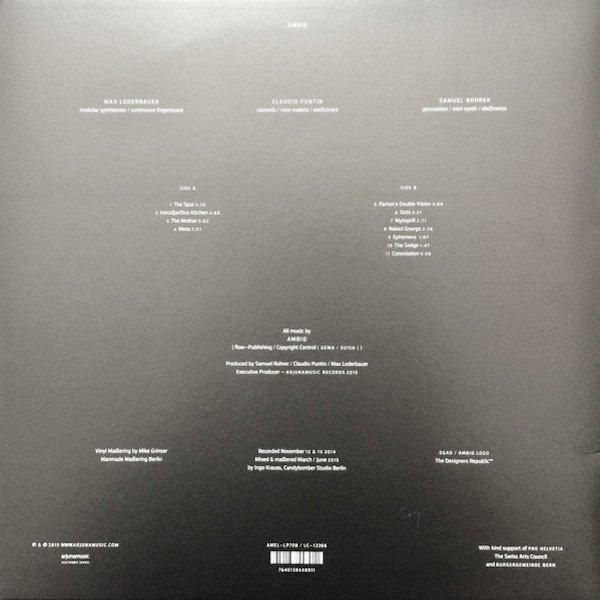 ambiq, the Berliner instrumental trio of Max Loderbauer, Claudio Puntin and Samuel Rohrer, emerged onto the scene not long ago with a self-titled arjunamusic LP (AM703) of impressive sonic distinctiveness and technical ability. Drinking from a deep pool of influences that includes free improv, early electronic music and spaced-out dub, the trio does what any great ensemble should set out to do: it becomes more than the sum of its parts, a single organism with its own unique expressive vocabulary and perspective. Proving that their debut was no fluke, the ambiq trio has already re-convened for a second full length bubbling over with new timbral combinations, and with a sophisticated interpretation of the ancient art of tension and release.
From the opener “The Spur,” no time is wasted ushering us to our seats and bringing us to a world where strange new tonalities seem to breathe freely: the nimble percussive shuffle, set in relief against a cascade of detuning electronic tones, is a fascinatingly introspective intro (incidentally, it is actually followed by a piece entitled “Introspective Kitchen,” which expands the mood of the preceding track with cleverly delay-effected woodwind, remote organ swells and yet more shivering percussion.) Once the lessons from these preliminary exercises have sunk in, the band then embarks on a more motoring, danceable journey entitled “The Mother”: Rohrer’s drumming, as always, is taut and confident, while Puntin’s clarinet evocatively hovers with a kosmische feel that is all too absent from the realms of “post-rock” and electronics-aided improv.
The interplay between Puntin and Rohrer eventually develops into the main dialogue of the album, though the sound events surrounding it change continuously enough to keep this a fully memorable and downright cinematic experience. On “Parton’s Double Vision”, the lush “space violin” quavers familiar to vintage sci-fi fans play the support role, and the closing “Consolation” features a lulling bed of electronics that elusively shift in character the more attention one pays to them. With all this in mind, the new ambiq LP is as wonderfully cohesive as its predecessor, but never monotonous in the mood it conveys: the miniature piece “Naked George,” for example, is as full of humorous melody as the other pieces are full of investigative curiosity. Another short piece, “Mytoprill,” is guided by queasy modular synth strains that impart a delirious kind of funhouse ambience.
Plenty of music exists for the open-minded, but not all of it has the ability to initiate the process of opening minds in the first place. ambiq does have that ability, and have come up with a musical formula that will melt away the defenses of the most hardened techno fanatic or avant-gardist, seeding new ideas not beholden to any one genre or lifestyle.